I had 2 bottles of fortified wine, both unfortunately with dry cork that crumbled and ultimately fell back into the wine when I tried to remove them with a corkscrew.

But I managed to recover both bottles.

First I decanted them through a fine mesh strainer into a measuring jug.
Then I poured the contents of the jug into a coffee French press. I was originally going to use a coffee filter papers but didn’t have any left. Then I thought: “a French press is supposed to strain out coffee grains, and they’re a lot smaller than the cork parts that are in the bottle, so surely that will work.” Sure enough, it worked.

The original strainer did a good job a removing 95% of the cork particles.

There were literally 2-4 of particles left after the first French press. So I did a second time through the French press to the the training,

Feast your eyes on this beauty! 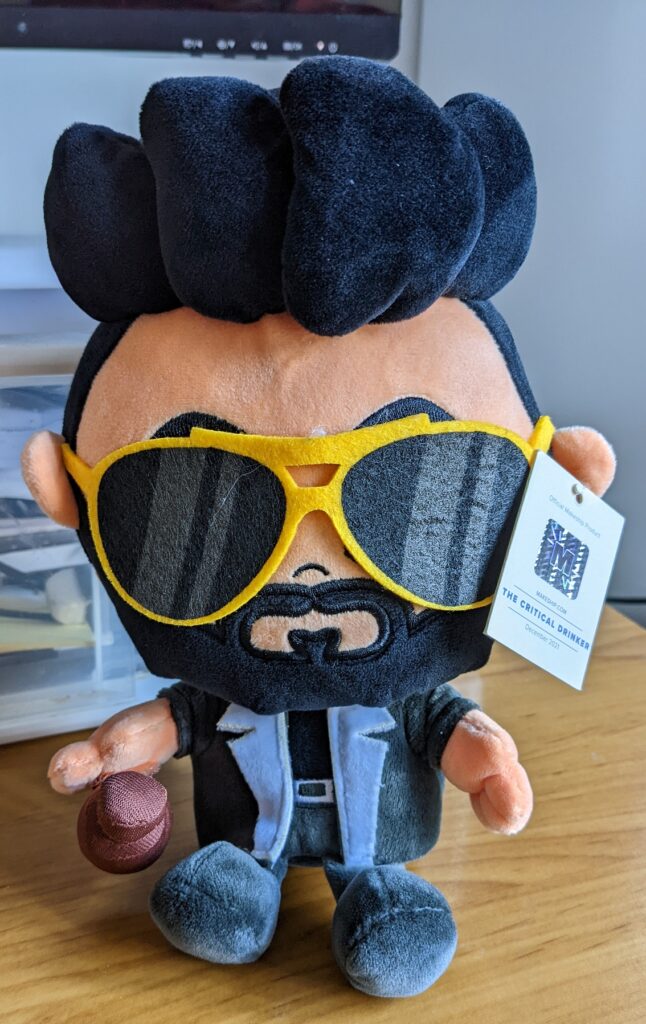 And it just arrived in my hands all the way south in the Land Down Under.

Don’t know who The Critical Drinker is? Then you should check out his YouTube channel at https://www.youtube.com/channel/UCSJPFQdZwrOutnmSFYtbstA and be amazed by his smart, entertaining, alcohol driven commentary of the state of Hollywood culture and the decay of movies and TV.