I’m developing a plug-in and today, after a bunch of refactoring, found myself not able to add a category or tag to a Post and have it show in the list (as in this sort of screen): 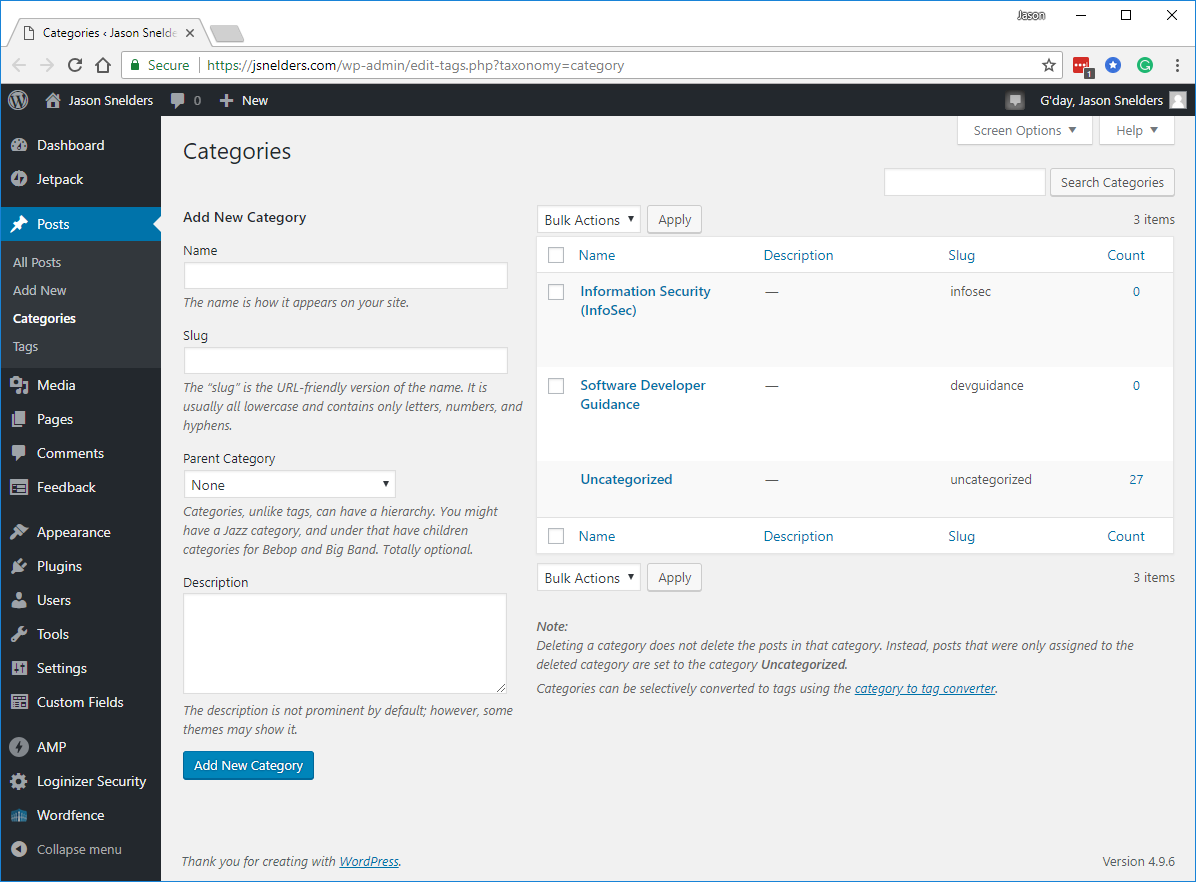 If found the guiding answer at on StackOver at https://stackoverflow.com/a/50656747/115704 and while I also provided the following as an answer on that post I find the moderators on StackOverflow to overzealous pricks and likely to screw with my contributions, so I’m recording it here as well.

The ultimate cause is white space in PHP files appearing before the opening and closing of PHP code.

Finding the culprit is the hard part and that where I might be able to help.

I experienced this issue today, and white space in PHP files was the problem.

However, I want to share the steps I took to resolve the issue:

Hopefully, these debug steps provide some inspiration to other people suffering the same problem. As far as I know, WordPress does not offer any easy way to identify the cause of this problem (i.e. it does not identify which file has bad spaces in it).

NOTE: I had to link to regex101 to shoe the actual values because WordPress or WordFence seems to not like regex in posts.