I’m working on a project that uses ‘webpack’. After pulling in a code update that required developers to clear out node_modules and update yarn, I started receiving the following prompt when running webpack:

The CLI moved to a separate package: webpack-cli
Would you like to install webpack-cli? (That will run yarn add -D webpack-cli) (yes/NO)

(I found running this – even manually running the yarn command – didn’t actually install the CLI and in fact, produced further errors).

Even trying to return the webpack version raised the prompt:

The problem, I have been told, is the version of webpack being loaded with “npm install -g webpack” was higher than the version we actually wanted and included ‘webpack-cli’ being split into a separate package. Specifically, we want to work with version 3.8.1.

You can see in the screenshots above just running “npm install -g webpack” installs version 3.8.3 (incidentally I cannot find a reference to version 3.8.3 on the NPM webpack page or webpack’s GitHub releases page). 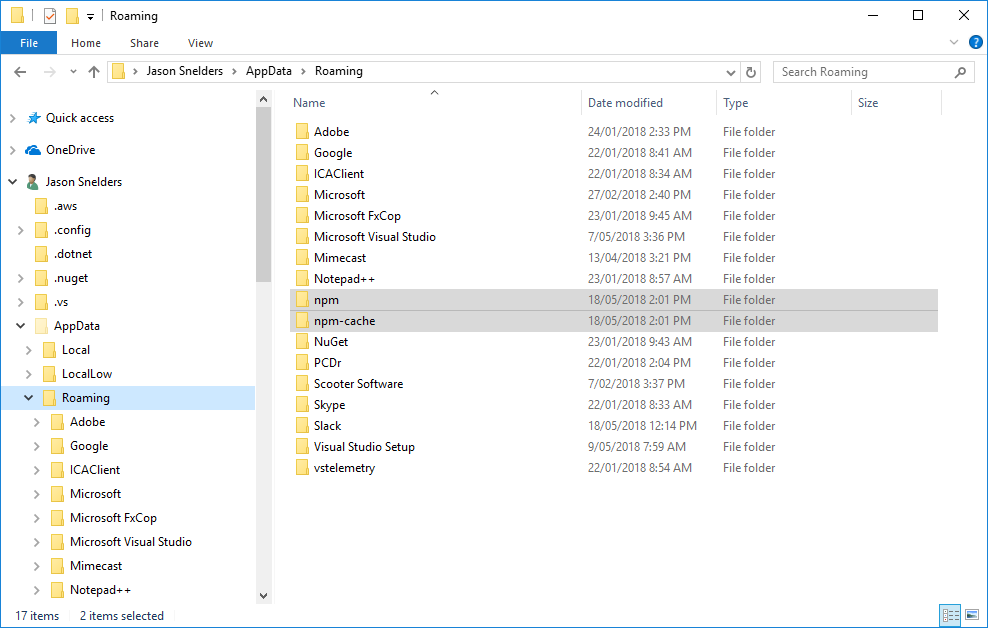 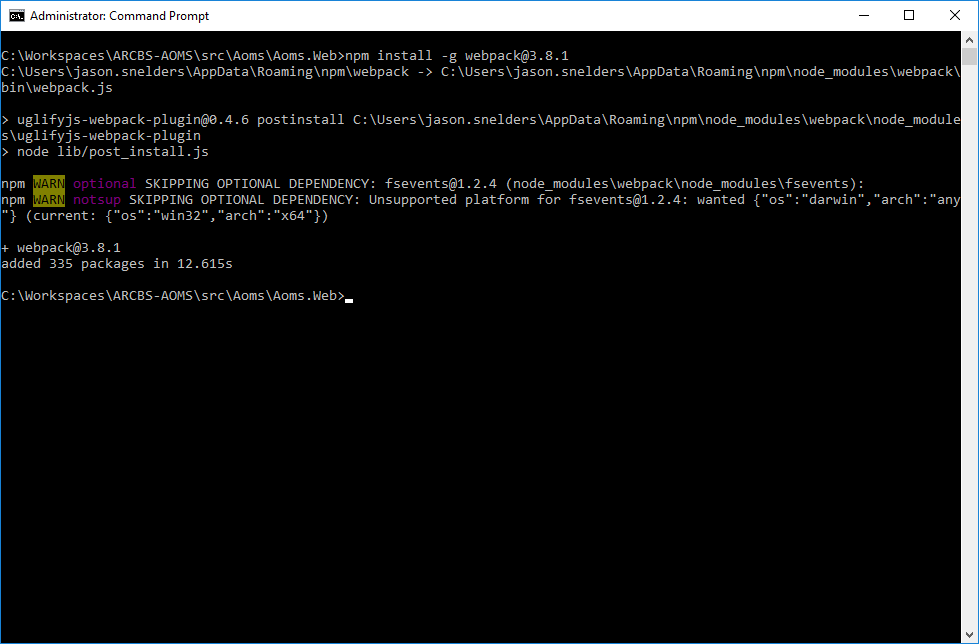 Now you can run ‘webpack’ as expected. 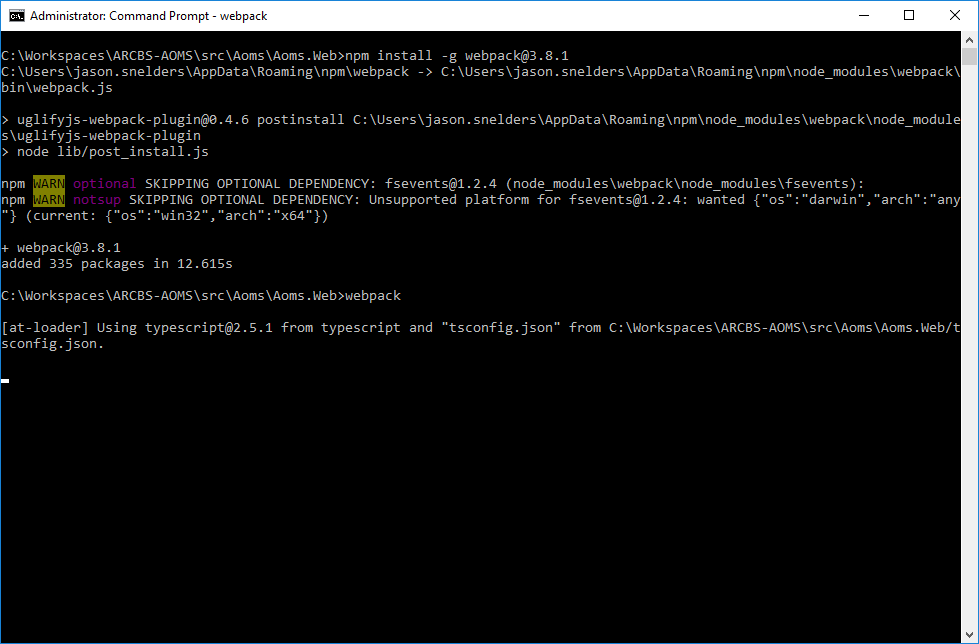